Catherine Sangster is Head of Pronunciation for Oxford Dictionaries. Before moving into lexicography, she spent nine years in the BBC Pronunciation Unit, and completed a DPhil in sociolinguistics. Catherine's research interests include language and gender/sexuality, feminism, accents and dialects, Latin, Germanic languages, and the phonology of conlangs. In part 1 (of 3), we discuss how how words from geekdom find their way into dictionaries, pronunciation, and the significance of accents. You can find out more at Oxford Words, or keep up with Oxford Dictionaries on twitter @OxfordWords and @OED.

TD: Hi Catherine! Firstly, tell me in a couple of sentences what your job involves as Head of Pronunciation.

CS: My job involves researching and advising on the way words ought to be pronounced. When one of our dictionaries is going to have pronunciations – either in the transcription form or audio – I would be the person who would ultimately show editors how to do that, teach editors how to do the transcription, and check them before they get published. And when it comes to audio (which is a relatively new thing for the Oxford English Dictionary) I also oversee the procedure of getting all the recordings made and put online. I can come on to it later, but something we’ve done quite recently in Oxford English Dictionary is, as well as British and American English, we’ve made recordings for other varieties of English, so that’s been a recent focus for me. 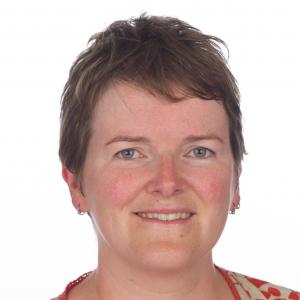 TD: Very cool. Yes, I definitely have some questions about the types of English and the types of accents that get used, which we will get to shortly (Editor's note: in part 2!). But first, what is your favourite recent addition to Oxford Dictionaries?

CS: Oxford English Dictionary is the big dictionary – the most dominant large dictionary that I work on – but the other dictionary that I do a lot of work on is the one that gets presented when you look at OxfordDictionaries.com, the free online one. It is an amalgam of two print dictionaries: the Oxford Dictionary of English and the New Oxford American Dictionary. That gets regular updates in a certain way, and the OED has quarterly updates – new stuff gets added every quarter – and my work often focuses on the quarterly updates for OED. I think in the public mind, OED and Oxford Dictionaries are…

CS: Hopefully they don’t actually contradict each other too much! [TD laughs] But they’re two different beasts.

TD: I see! Well, you should feel free to answer any of my questions then in relation to either, or to both. 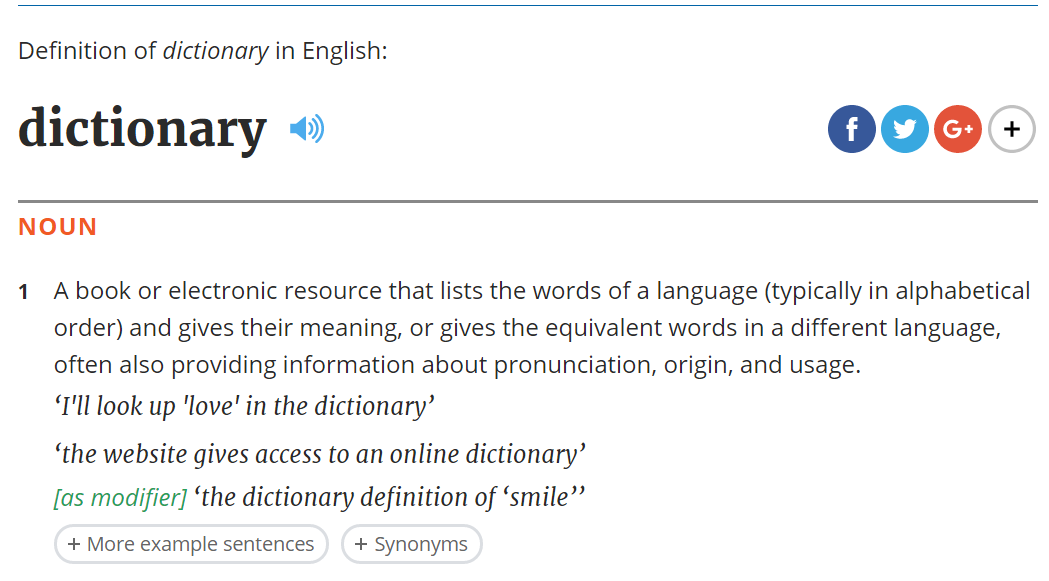 CS: Okay. I’m thinking favourite recent addition still. There were some nice ones on the shortlist for word of the year – woke, and hygge, and Latinx, for instance. When I come to Nine Worlds I’m collecting examples of usage and it gets fed in, and there have been a few that are some way through the pipeline. One of the ones I collected back in 2014 is actually just about to be published in OED, which is extra exciting for me – it’s “Mary Sue” – I’m so happy that she’s going in to our dictionary at last.

TD: You’ve given talks at Nine Worlds for the last couple of years. What motivates you to get involved in something like that?

CS: Well, although the focus of my work is on how words are pronounced, everybody at the dictionary is encouraged to think about the entire process. I have colleagues who specialise in new words – in drafting new words, and researching what words we ought to add – but they’re always interested in input from different people, and that aligns with people’s different interests and specialisms. And so it happens in different ways. One of my colleagues in New Words recently was putting together a lot of words around parenting; there’s a lot of new vocabulary around things like cloth nappies, baby-led weaning, baby-wearing with slings, and so forth. It’s quite a generative area for vocabulary. And so she would look at that area, and I had some thoughts of my own there, and similarly just with Nine Worlds: the area of things like gaming and the political side of what goes on at Nine Worlds in terms of gender politics, sexual identity and gender identity – that’s another fertile area for new words, and new usages for old words as well. Because that’s something I’m into anyway – popular culture and geekery – it seemed like a good place to say ‘Come and tell me about what words you use all the time but you don’t see in dictionaries; let us catch up!’.

TD: Before you were at Oxford Dictionaries – and I will come back to that, because I’ve got quite a lot of questions about dictionaries – you were part of the BBC Pronunciation Unit.

CS: That’s right. My chequered past involved doing a doctorate in sociophonetics (a branch of linguistics). I specialised in accents and dialects, and looked particularly at accommodation, which is how, when you speak to someone with a different accent, your own accent changes. Or somebody’s regional accent changes over their life with moving around, with contact, or with wanting to present a different persona. So my research was sociolinguistics with a particular focus on pronunciation. And then after I finished that I went to work in the Pronunciation Unit, which is where I was for several years, then had a little baby-having interlude, and now I’m at Oxford Dictionaries.

The Pronunciation Unit’s job is to help broadcasters pronounce anything they need to know how to pronounce. They might be people’s names, place names, phrases – all kinds of things really. Unlike my current work which focuses on English, that was any language that they needed.

CS: Not all of the BBC is in English, of course – there’s the World Service and so forth – but even if they were broadcasting in English the words and phrases often weren’t. Radio 3 might say ‘We need this Old Church Slavonic for the mass that we’re playing’, or maybe a Polish football team, or Icelandic volcano; all kinds of things! There was a very small team of linguists – phoneticians – and we used published sources (reference books etc.) but you’d also do interviews.

I’m still in touch with them, it’s quite useful for us to check in with each other sometimes. Most recently I had a call about the news story about the woman who was head of UKIP for about a week…

CS: The story was that when she signed up to be the leader she’d written vi coactus, the Latin tag, indicating that the signature was given under duress. And I was the Latinist, they don’t have a Latinist at the moment, so I had a phone call at about half past five saying ‘We need this for the six o’clock news! Help!’. That doesn’t happen very often anymore. One of the big differences between the Pronunciation Unit and dictionaries is the different time pressures, different time scales.

TD: I suppose so! You’ve just mentioned there that people’s regional accents change: people change their accents depending on who they’re with, or what kind of characteristics they’re wanting to portray. We see that quite a lot in fiction, and I wonder if you have any thoughts on what accents can be used to denote in fiction. It seems that sometimes its class, sometimes its personality. Are the kinds of patterns that you see like the kinds of patterns you see in the real world?

CS: Thinking back to my research – which is obviously several years ago now – I would imagine that in fiction, as in the real world, people will tap into certain associations. Let’s restrict ourselves to talking about urban regional accents of the British Isles. My own work was about Liverpool English, and I’ve got family background in Liverpool, and all of my subjects were Liverpudlians: all young people either living in Liverpool or recently moved from Liverpool. I wanted to track how they did or didn’t lose their accent. Now Liverpool is a city that people have a lot of opinions about, lots of stereotypes cluster around it, and the same is true of Newcastle, Glasgow, Birmingham, and indeed, London. And however much you might want to challenge or problematize the reality of the stereotypes that cluster around those cities, you can still see people using a character who speaks with a Scouse accent as a shorthand for somebody who matches those stereotypical values. 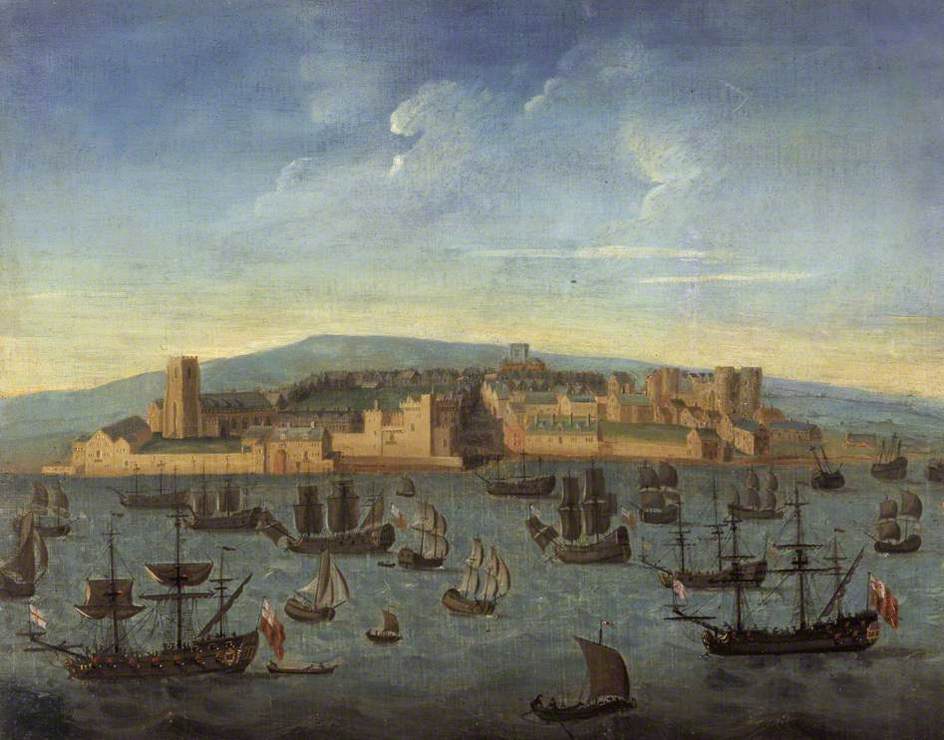 CS: I remember reading an accent study once that looked at different scores for levels of likability: do you trust this person, would you lend this person money, you know. And another about midwives, and people’s favourite accent for their midwife to have. It wasn’t a very rigorous quantitative study but it was, you know, ‘Ah yes, the lovely Welsh midwife is what you want’.

Similarly, I’ve done some talks and research on invented languages in speculative fiction and in sci-fi, and while it’s obviously more difficult – because they’re in a newly created world, and you don’t have those pre-existing stereotypes to draw meaning from – I think there are still ways to create that even with constructed languages.

CS: One of the most fully elaborated sets is in Tolkien, you definitely see there’s a diglossia situation with Elvish languages, with Quenya. I’m on thin ice with Tolkien, but there are different registers, used for different situations, and that’s a classic illustration of diglossia.

CS: Or something rustic, some kind of West Country (for the hobbits).

TD: Exactly, and when you decide that one accent is associated with the definitely evil lot then we might have some problems.

CS: You get that with foreign accented English as well.

CS: I did a panel at Nine Worlds this year called The use and function of ‘foreign’ languages in genre fiction, where we were looking at the use of language in different ways, including how characters are othered, how well or not they can communicate and so on. Take the trajectory of someone like Scarlet Witch in Age of Ultron: she’s initially an enemy character, and she and her brother have quite thick impenetrable accents. Then in Civil War, she’s much more Americanised. Of course, time has passed, she’s part of the Avengers team; there are lots of in-story reasons for her speech changing, her accent becoming softer and more Americanised. But it also operates thematically to position her character differently. 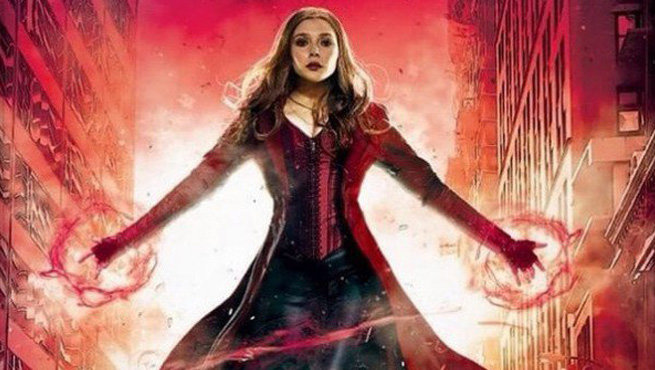 And so ends Part 1. Our discussion continues in Part 2.