Upon starting many video games – particularly RPGs – there are certain levels one expects to find as the story progresses: the ice level,

the lava or desert level,

the one that has you exploring a ship (often once you’ve exhausted the continent you started on and have been instructed to Get On the Boat,

You get the idea. This scrumptious piece of pop(culture)corn centres on another (surprisingly?) common level: the one where you, your party, or both, find themselves locked up in a prison.

Unlike the aforementioned levels, which all have their own TV Tropes entry, the prison level is relegated to a subsection of the Prison Episode page, which describes the pattern thus:

A prison centred instalment in a larger work that is otherwise not about prison. It might be an episode in a serial, a sequence in a video game, or a few chapters in a book…

When this trope shows up in video games, you can expect the inventory of the player character(s) to be taken away. This results in the player having to use stealth and cunning to avoid the guards, until the hero(es) get their inventory back

While it’s true that the prison level is often the setting for a stealth-based mission and provides plausible justification for stripping a player of their powerful weapons and shiny equipment, that doesn’t exhaust the potential of the prison level.

Later in the game it can provide opportunity for meaningful dialogue and relationship building with new acquaintances or old friends, as the party pulls together in a time of hardship.

It can also be used narratively to allow for a time leap where the rest of the world (and plot) moves on, but the player character (or party) stays the same.

Finally, the prison level can serve as a way of splitting up a party of adventurers, to showcase underutilised characters, play with a particular game mechanic, advance the story, or just for the lulz.[1]

Most prison levels can’t be revisited once escaped. They are generally part of the main story, rather than optional content.

An illustrative (but nowhere near exhaustive!) list follows. Let us know your favourites, including those we haven’t mentioned, on twitter/facebook/tumblr.

Final Fantasy X contains one of my favourite prison levels (but I’m biased, because I really love that game). Arguably it’s two levels: the party is split, and each group finds a separate way out of the Via Purifico. Tidus, Rikku and Wakka (conveniently the three characters that can swim) navigate underwater, while Yuna is - unusually - left alone (in the narrative, the other characters serve as her guardians or protectors) in a monster-infested sewer, where she rounds up the remaining allies and heads for the exit.

This is neither a stealth or a no-gear level, instead demonstrating the wider potential of the prison level – contrasting underwater and conventional combat, using different combinations of characters, showcasing Yuna on her own, and finally reuniting the party after a significant time apart.[2]

There are prison levels in most Final Fantasy games, but I’ll just mention one more:

The main characters of FFXII are arrested at least three times, but the prison level I found most memorable was the Nalbina Dungeons, full of long-imprisoned NPCs waiting to die of thirst (grim, right?).

This doubles as a No Gear and Gladiator Level as the main characters get into a fight with a prison bruiser – Daguza – and his lackeys and fight bare-handed (or with the fire spell, if you’ve learned it – it’s harder to take away magic than a sword).

In a combination Ship/Prison level, the Lost Odyssey party are locked in the brig of the White Boa and make their escape. In a nice piece of narrative/gameplay synergy, if the players are recaptured, it doesn’t trigger a game over.[3] Instead the guard – who you convinced to let you out in the first place, having wiped his memory – will apologise and release you again.

Other than Daggerfall, all of the main instalments in The Elder Scrolls series begins with the player character as a prisoner. The prison levels thus frequently double as tutorial levels.[4] Opening like this provides an in-game explanation for why the player character is unfamiliar with the basic politics and happenings in the region (which they learn at the same time as the player), as well as their lack of cool adventuring equipment.

Some redditors summed it up nicely: Why always start as a prisoner?[5]

Because it’s easy. It opens the way for the game to unfold and gives a reasonable explanation why you start without any equipment while not impeding our headcanon to what our character did prior to being captured.

It also means that when you are freed at the start, you can do what you want. Becoming free again is a good reason for a fresh start. You don't have any old responsibilities anymore.

It also gives a good reason why people are asking you a ton of questions. Who are you? what do you do? What did the stars look like when you where born?????

There is an optional prison level in DAO if you fail to vanquish a particularly difficult boss in the latter stages of the game. 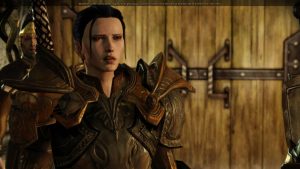 One imprisoned, you have the option of trying to escape, or waiting for two of your party members to stage a rescue attempt. The former is a fairly typical ‘No Gear Level’, temporarily stripping you of your equipment, but the latter has some of the funniest dialogue in the game. Depending on the pairing, the ruses the characters use to reach you differ, and the player gets to not only control characters they may not have directly controlled previously, but also to play with unusual pairings.

DA2 has two prison levels of note, both in DLC. In The Masked Assassin, the player character (Hawke) is imprisoned alongside new companion Tallis. In a parody of the Origins example, Hawke can insist that they wait for their companions, but the other party members have gotten lost, so Tallis facilitates their escape. The level is notable for the dialogue between Hawke and Tallis, which reveals both interesting features of her character and also the Qunari belief system.

The Legacy DLC is a more atypical example: rather than being taken prisoner in the usual sense, the party finds themselves trapped in a magical prison designed to hold something (ostensibly) bigger and badder than them.

In Dragon Quest VIII, the party are falsely accused of committing a crime and sentenced for life on Purgatory Island. 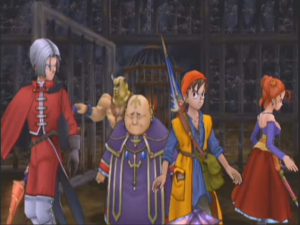 It takes the characters a month to contemplate escaping, despite having all their gear, but the sequence allows for some villain redemption and party bonding.

And best of all, the prison is inexplicably populated with Aussie guards. 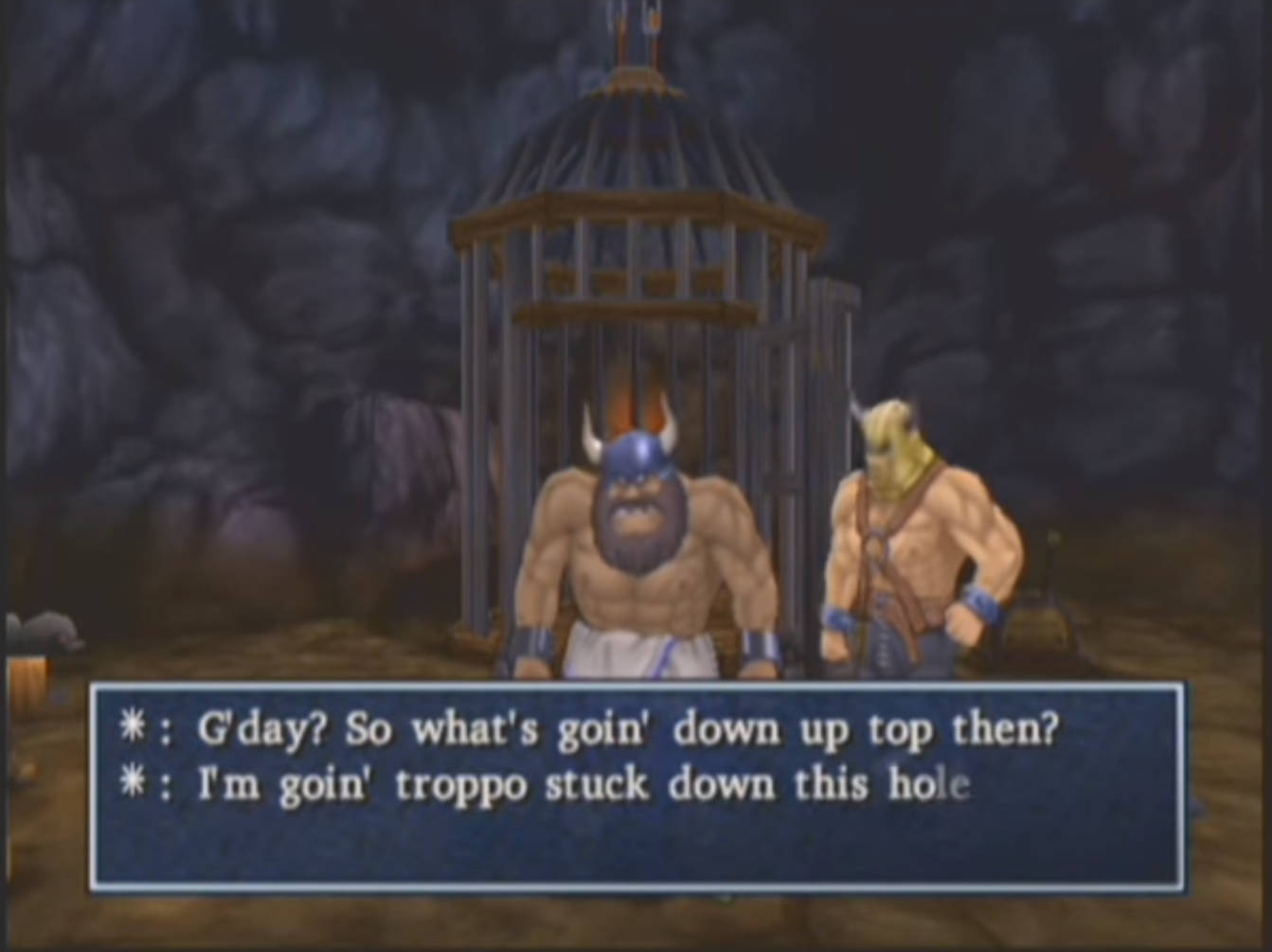 Want to wax lyrical about other examples? Do so in the comments, or on facebook/twitter/tumblr.

[1] One of many examples where video games aren’t like real life.

[3] Or an unexplained repeat of the same events, over and over – I’m looking at you, Ocarina of Time. You’d think they might confiscate Link’s gear at some point.

[4] This doesn’t exhaust the prison levels in the Elder Scrolls games – some have additional instances – it’s just a nice feature to talk about!

[5] There are apparently also some in-game lore reasons for why the protagonists all begin their journeys this way – see https://www.reddit.com/r/skyrim/comments/3v9kai/why_we_always_starting_as_a_prisoner/ for more information.